Getting Serious About Transportation 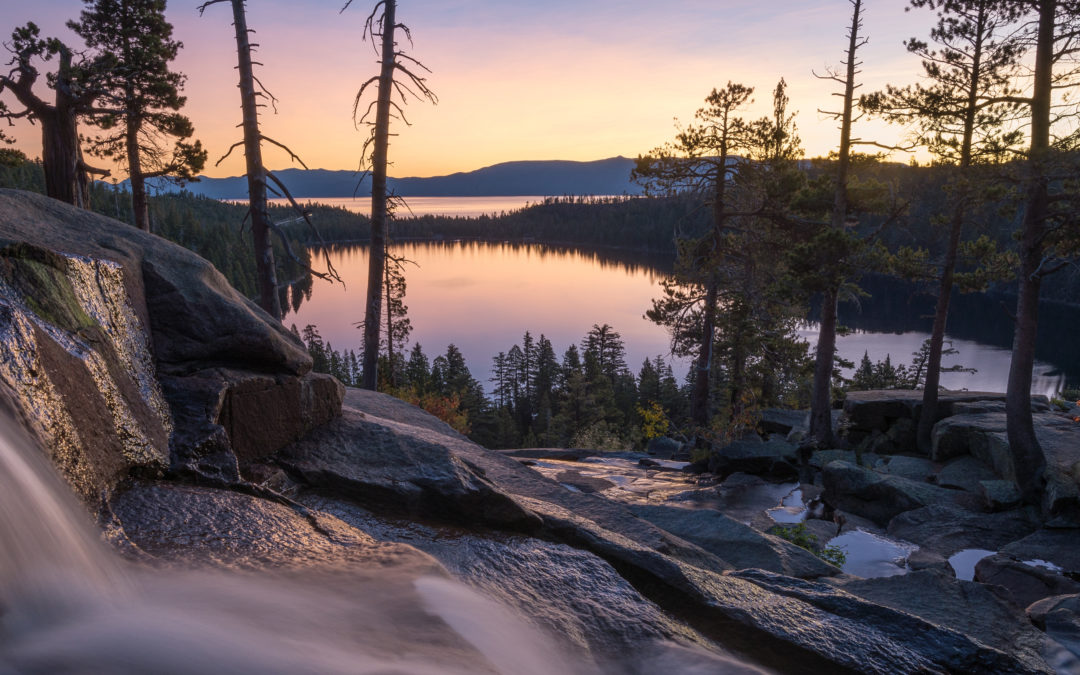 Lake Tahoe’s transportation system and roadways need a transformation. On peak days, the region faces metropolitan-scale problems on narrow mountain roads and, unlike metro areas, Tahoe can’t simply grow its way to a solution with bigger highways and intersections. With the Tahoe Regional Planning Agency (TRPA) bringing a new regional transportation plan to the Governing Board this month, the opportunity is now.

Many other transportation plans call for carving out more earth and adding more pavement to solve problems.  But to halt rampant overdevelopment at Tahoe in the 1960s and 1970s, TRPA enacted a first-of-its kind growth management system that stopped new subdivisions, capped growth, and put a hard stop on new highways and significant roadway expansions. Today, new pressures on Tahoe’s roadways are coming from further afield. Populations are growing outside the region, and the distance people are willing to drive for a day trip is increasing.

Along the sometimes snarled lanes and crowded roadsides are Tahoe’s own residents and commuters—stuck with few options and still needing to get around on peak travel days. TRPA, alongside many transportation partners, has developed a new Regional Transportation Plan that is ready for decision this month. To respond to mounting issues of vehicle use and tourism at Lake Tahoe, the plan needs to be a game changer.

What’s different? For many years, the Tahoe Basin has seen incremental progress getting transportation projects on the ground. New and improved bike trails, bike lanes, transit stops, and roundabouts are improvements, but they don’t complete the picture. And some of Tahoe’s busiest recreation corridors have been left out completely.

The plan calls for improved transit service running at 15-minute intervals throughout the region, to make jumping on a bus a reliable option for everyone. In certain areas, dedicated bus lanes are envisioned to ensure transit is the fastest option during periods of gridlock. More detailed corridor plans for Tahoe’s busiest roadways, such as around Emerald Bay, Stateline on South Shore, and along East Shore beaches will replace roadside parking with outer mobility hubs, and technology infrastructure will be able to reach drivers ahead of time to let them know travel times and send parking information to their smartphones.

Transforming and integrating the way people get around Tahoe is critical on every level. Globally, the National Oceanic and Atmospheric Administration reported this month that the level of carbon dioxide in Earth’s atmosphere is at its highest level in 3.6 million years—and 2020 tied 2016 as the hottest year on record. We are in a climate emergency. Regionally, rising air temperatures threaten the safety of our forests, and the warming of the lake is challenging our ability to restore its world-famous clarity. Not only do visitors need better travel options, many of Tahoe’s working families don’t have access to a car. For many, transportation options are an issue of equity and quality of life. The new transportation plan also works across the region to harmonize the climate initiatives of California, Nevada, and local governments.

Significant improvements and investments have been made in Tahoe mostly through competitive grants and uncertain budgets. For our transportation investments to match the urgency of our needs, more predictable revenues are needed. Through 2045, planned projects are expected to cost a minimum of $2.4 billion, including $20 million a year in new, in-basin revenue. A bi-state transportation consultation group has convened to prioritize future projects and to help identify new ways Tahoe can augment traditional funding sources. A reliable source of regional revenue has been one of the missing pieces and no single solution is likely to be the answer. After the board considers the plan later this month, the bi-state consultation group will pick up the pace of stakeholder engagement on a range of options to bring forward.

The new regional transportation plan has been drafted with extensive outreach and the input of 8,500 individuals including workshops and bilingual materials. It is time to get serious about fixing Tahoe’s transportation system. I encourage you to find out more about the plan as it comes before the TRPA Governing Board on April 28, and help create a more sustainable future for Lake Tahoe.