During its online governing board meeting, the agency bestowed “Spirit of TRPA” awards on scientists, agency representatives, organizations, and community and legislative leaders who embody the essence of collaboration in the basin. Reflecting on its half-century legacy, TRPA honored people who have made significant achievements through each decade, beginning in the 1960s with the work to create a first-of-its kind bi-state compact between Nevada and California.

“There is a spirit of collaboration and partnership that has resounded in the Tahoe Basin ever since these two states came together to protect one of the most pristine alpine lakes in the world,” TRPA Executive Director Joanne S. Marchetta said. “Through brilliance, hard work, and cooperation, these awardees and many others have made these protections possible.”

The awardees are as follows:

For the 1960s, the agency posthumously honored Coe Swobe and Dwight Steele, visionaries who helped to craft Tahoe’s unique and historic bi-state compact. 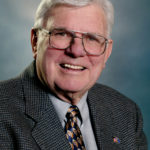 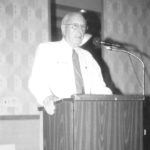 For the 1970s, the agency recognized Dr. Charles Goldman for his long-standing contributions to science-based decision-making; and the Tahoe Water Suppliers Association for constructing and maintaining state-of-the-art systems that export all treated effluent out of the Tahoe Basin to protect the lake’s clarity.

For the 1980s, the agency awarded Dennis Machida (posthumously) and Clem Shute, who harnessed their legal expertise to defend Lake Tahoe while earning respect among colleagues for tackling challenging environmental issues. 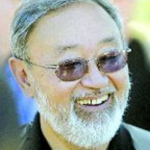 For the 1990s, TRPA honored Steve Teshara and Jim Baetge, in part for their work to launch the Lake Tahoe Environmental Improvement Program, one of the largest and most ambitious environmental restoration programs in the nation. 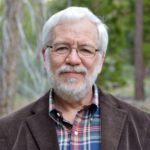 For the 2000s, the agency awarded U.S. Senator Dianne Feinstein from California and former U.S. Senators Harry Reid and Dean Heller from Nevada, each of whom helped promote Lake Tahoe as a national treasure garnering hundreds of millions of dollars in restoration funding. Senator Heller is the only member of Lake Tahoe’s congressional delegation to have served on TRPA’s Governing Board. 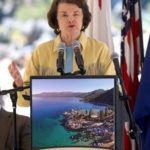 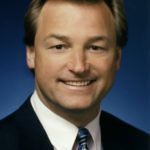 TRPA’s current executive director, Joanne S. Marchetta also received a Spirit of TRPA award for instituting transformative change during her historic record of service, according to the agency. 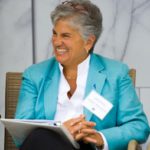 “The bi-state compact, signed more than 50 years ago, reached across county and state lines to form a bedrock of partnership and collaboration,” Marchetta said. “While many challenges lay ahead, those who were honored today show us what can be achieved through passion and dedication.”

The Tahoe Regional Planning Agency leads the cooperative effort to preserve, restore, and enhance the unique natural and human environment of the Lake Tahoe Region, while improving local communities, and people’s interactions with our irreplaceable environment. For additional information, contact Jeff Cowen, Public Information Officer, at 775-589-5278.