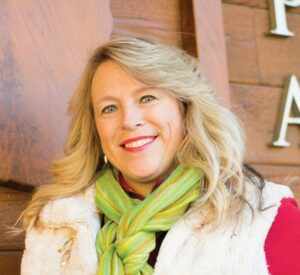 Lake Tahoe, Stateline, NV – The Tahoe Regional Planning Agency (TRPA) Governing Board voted unanimously on Thursday to offer the position of executive director to Julie Regan following a national search and public evaluation process. Regan, a current TRPA deputy director, has held an executive role at the agency since 2003.

“We are pleased by the range of candidates that applied and how thorough, inclusive, and open the process has been,” said TRPA Board Chair and Placer County Supervisor Cindy Gustafson. “The board feels strongly Julie is the best person to lead the agency as it confronts emerging and persistent threats to Lake Tahoe and our communities. I congratulate her and look forward to reaching a final agreement.”

“I am honored that the Governing Board selected me as TRPA’s next executive director,” Regan said. “As a Christmas Valley resident whose home was saved by firefighters during the Caldor Fire, I am reminded daily of the important role that TRPA has in the Tahoe Basin in bringing partners together to protect the lake and our communities.”

The agency hired executive search firm Prothman in June after the executive director of 13 years, Joanne S. Marchetta, announced she would be stepping down. Prothman conducted a national search for applicants that included more than 29,000 direct contacts as well as advertisements in conservation and governmental publications. The agency received qualified submissions from 28 applicants, four of whom became finalists for the position, according to TRPA. The candidate profiles are available at trpa.gov.

The Governing Board invited feedback from TRPA staff and a panel of regional stakeholders that included public and private sector representatives, as well as social service and environmental non-profit organizations. Fourteen panelists interviewed the four finalists Wednesday, followed by a reception where TRPA staff and Advisory Planning Commission and Governing Board members could meet the candidates.

During the proceedings Thursday, the Governing Board interviewed the four finalists and invited additional public input. As required by the Nevada Open Meeting Law, all interviews and deliberations were conducted in open session. Regan will receive an offer and the board will vote on the final agreement at its next regularly scheduled meeting November 16.

The Tahoe Regional Planning Agency leads the cooperative effort to preserve, restore, and enhance the unique natural and human environment of the Lake Tahoe Region, while improving local communities, and people’s interactions with our irreplaceable environment. For additional information, contact Jeff Cowen, Public Information Officer, at 775-589-5278.